You’ve probably heard someone say “I just got a 4K TV!” once or twice in the past. Like many people, you’ve already gotten the impression that ‘4K = awesome’ and didn’t think much else about it. You know the gist of the meaning of 4K, it looks better than previous resolutions and probably costs more than its predecessors. You’ve probably also heard the phrase HD resolution thrown around a couple of times as well. Again, it’s associated with ‘high quality’ and typically left at that. But have you ever stopped and wondered what 4K or Ultra HD actually meant? If you have, you’re in the right place.

Let’s start by defining video resolution. Video resolution refers to the number of pixels that are displayed on your screen (be it a computer, camera, smartphone, tablet, etc.). Resolution is measured by the number of pixels arranged length by height such as 1920 x 1080p for a 1080p resolution. This resolution is one of the more common ones available for surveillance cameras as well as the recommended preset for most computers. The ‘p’ at the end of those dimensions doesn’t actually mean pixels. Instead, the p stands for progressive and if you’ve ever seen something like 720i it stands for interlaced.

With progressive scans, the entire image is generated at once which reduces the chance of flickering occurring across the screen. Interlaced scans, on the other hand, only generate parts of the image on the screen with the remaining parts generating 1/60th of a second later. Interlaced scans rely on your eyes not being able to see this event as it occurs. Out of the two, progressive scan displays are the best choice as they generate the entire image all at once instead of in parts.

What Do All of the Numbers Mean?

When looking for a home security camera (or anything that has a video resolution) you’re going to see a lot of numbers and at times may have a difficult time deciphering which one is best. One thing to always remember is that the numbers are usually presented as horizontal x vertical (length x height). You can find some of the more common resolutions below:

HD is short for high-definition which basically translates to a high level of detail in an image or video. Before HD came into play, there was SD or standard-definition. This level of quality was sub-par compared to HD today and primarily consisted of interlaced scans and resolutions lower than 720p such as 960H.

The Benefits of 4K Security Cameras in Home Surveillance

While 720p and 1080p security cameras can get the job done by capturing footage of your home and potential intruders, you may find yourself wanting even more detail. A 4K home security camera is capable of generating every little detail that you may have missed. The 4K resolution itself shows four times more pixels than that of 1080p resolution.

What does this mean exactly? It means that it can create a clearer image. How can it do this? A camera with 4K resolution generates more pixels onto the screen which results in crisper, more detailed images. When you have more pixels displayed on your screen, your video display is increased for applications that require a larger screen and reduces the chance of seeing gridlines on your screen should you lean in for a closer look.

The Expense of the Luxury of 4K Resolution

You’ve been hesitant on upgrading your home security cameras and may have missed out on many details in your footage as a result. You may have also found yourself holding back because of the costs often associated with such a high-quality device. As a result, you’ve probably settled for your 720p or 1080p camera and pushed away the thought of ever changing upgrading your surveillance cameras. However, Amcrest, as always, has the solution for you. We’ve introduced the new Amcrest 4K Ultra HD Series, the latest in home security camera technology. With one of these 4K security cameras, you’re easily able to add a 4K camera into your home without fear of breaking the bank.

There’s no longer a reason to miss any details,

A super-wide 112° viewing angle allows these cameras to cover more ground and keep more of what you love safe. Both of these cameras support up to 128GB on a MicroSD and are housed in a heavy-duty IP67 weatherproofed housing perfect to combat any weather.  Never find yourself caught off guard by what goes bump in the night because both of these 4K security cameras utilize IR LEDs to see in the dark. The bullet camera can see up to 131 ft at night while the dome camera can see up to 112 ft at night. You’ll find it easier than ever to upgrade your home surveillance cameras with these camera’s Power over Ethernet installation. 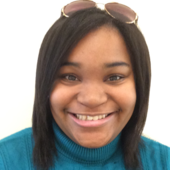 Kim Cooper is a graduate of the University of Houston-Downtown and works as a Digital Marketing Specialist for Amcrest. Through innovation and determination, she aims to make everyone’s lives a little better one word at a time.